It's Been a Long Time

Though I haven't been posting, I have been writing, but I've been in a funk so it's been slow. Finally, several projects motivated me to get busy. In the last 12 months, I have published three novellas, all Historical Western Romances. I hope you'll take a look.

Quixie on the Draw—this novella was included in a collection of novellas titled Journey of the Heart. 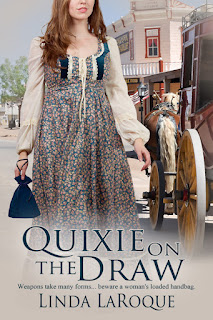 Quixie O'Connor's overbearing mother orders her to take the stage from San Antonio to Waco to locate her younger brother. One of these days, Quixie hopes to get out from under her mother's thumb and have a family of her own. When the stage is robbed, she is kidnapped and taken to the robber's hideout where she fights to protect her honor and her life. Nathan Parker boards the stage to visit his mother and sister in Waco, but he has a deeper mission to fulfill. He enjoys the company of the young Irish woman traveling with them and hopes one day to marry someone with as much wit and spirit. When Quixie is abducted by bandits, Nathan takes on a new mission—rescuing the young woman and claiming her as his own. 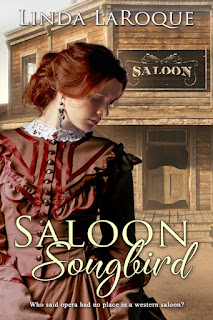 Saloon Songbird
Abigail Roche’s parents are murdered by her uncle for their money. She flees Chicago with her baby brother, Jaimie, in her arms to save both their lives. Outside of Denton, Texas, the train is robbed, and she loses most of the money she carried. She uses her vocal training to sing in the town’s Opera House and saloon to support them.Marshal Pat Hayden is determined to protect Abigail and her brother. She assumes the alias Addy Riley, widow and mother of Jamie. When her demented uncle, Sirus Roche, shows up in town and kidnaps the baby, Pat joins with the town’s sheriff and deputy to save the child and Addy.Who said opera had no place in a western saloon?
Reluctant Bride 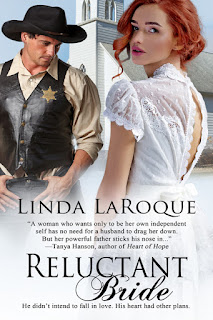 Lacey Faraday is an independent young woman determined to get an education. Her father rebels against her choice when she’s frequently seen picketing on the campus green for Women’s Rights. He insists she marry and arranges a marriage for her.
Brady Callahan, Sheriff of Denton County, is a widower with six-year-old twin daughters who need a mother. He’s been in love before and isn’t in the market for a woman to love, just one who will care for his girls and give him more children.
The two opposites speak vows for practical reasons, only to find themselves on a delicious journey of the heart.
Thank you for stopping by and I'll try to post at least once a month from now on.
Happy Reading and Writing!
Linda
www.lindalaroque.com
Posted by Linda LaRoque at 1:38 PM